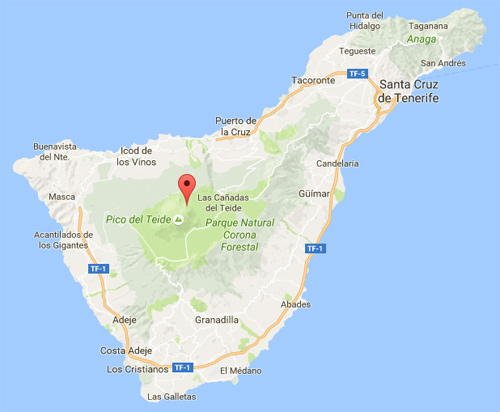 Tenerife is the largest of the Canary Islands, a chain in the eastern Atlantic Ocean off the coast of Africa. The island is an idyll with a remarkable variety of geographic options—from other-worldly desert landscapes to lush green mountains to stunning seascapes— you could imagine yourself in any of thousands of locations around the globe without ever stepping off this captivating island. 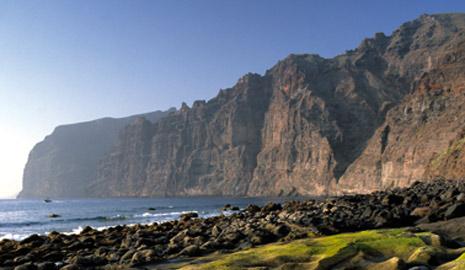 The heart of the Canary Islands

Located off the coast of Southwest Spain, Tenerife is the largest of the seven Canary Islands and boasts the highest peak in Spain – Mt. Teide. The volcano divides the island in two, the Cultural North and the Bustling South. In the lush and tropical north end of the island you will find spanish colonial cities such as the UNESCO world heritage city, La Laguna and fishing village of Garachico.  When traveling to the South you will find golden sand beaches and vibrant coastal towns. The island’s varied topography offers a plethora of options for the adventurer. From beach to forest, explore banana plantation filled valleys, marvel at lunar landscapes, hike through beautiful caverns or try your hand at windsurfing. The four separate microclimates on the island allow for a varied and diverse amount of activities and experiences. Despite the distinct and exotic terrain, you can still travel from one side of the island to the other in less than an hour. At 1265 square miles in size, Tenerife boasts nearly 250 miles of coastline and some 43 miles of beaches. The trip to Tenerife takes between two and four hours by plane from the main Spanish and European airports, and under six hours from the United States, making it convenient and easy to get to.

There's always something to do

Tenerife has a wealth of events year round for guests to enjoy. An island rich with culture, diversity, history and attractions allows for a year-round calendar filled with adventures to explore. 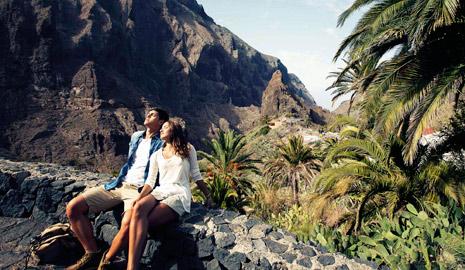 The Island of Eternal Spring

Tenerife, part of the Canary Islands, is known as the island of eternal spring – with an average temperature of 75° year round. Trade winds help the island maintain an ideal temperature and create a natural phenomenon known as A Sea of Clouds that gently push clouds against the hilltops, which causes the air moisture to condense. Tenerife, Canary Islands, has four separate microclimates on the islands, which range from the arid land of the south of the island to the lush tropical landscape of the north shore. Whatever your preference, you’ll be sure to find your ideal climate here. Marvel at Tenerife’s climate contrast by catching the sun on the coast and gazing to the snow-capped peak of Mt. Teide. 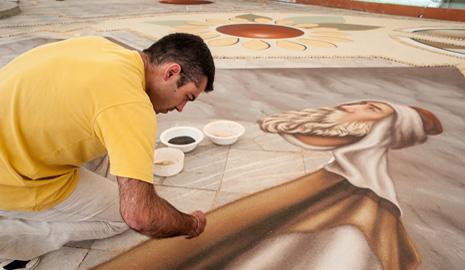 Tenerife’s rich culture is heavily influenced by Spain and the Guanches’ culture (the indigenous tribe who originally inhabited the island). Spanish is the official and primary language of Tenerife, Canary Islands, however, all resorts and many tourist destinations maintain English accommodations. This makes it easy to navigate the island for the English-speaking traveler.

Tenerife, Canary Islands, is home to the second largest Carnival celebration in the world in size and spectacle, only after Rio de Janeiro. The 14-day celebration draws crowds from around the globe and doesn’t disappoint. With carnival queens, stunning costumes, marching bands, music and happy mayhem, islanders and visitors alike gather together at these annual festivities in a mass outburst of collective celebration.

From the 16th Century to the present day, over five hundred years of different architectural styles co-exist. You’ll be surprised by examples of domestic, civil, and religious architecture that are conserved in magnificent condition. Likewise, buildings like the Tenerife Auditorio and the Tenerife Arts Space represent some of the best architecture on the island. 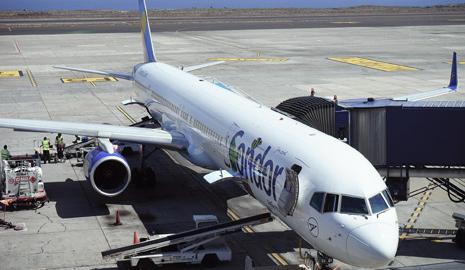 Tenerife is the only island in the Canary Islands with two airports, one in the north and the other in the south. In addition, it has two seaports, which are both shipping and passenger ports, allowing for easy access by boat. Getting around the island is simple; with its extensive bus network, tram system, or radio taxi service, transportation is a breeze. The roads are well kept and allow for easy navigation throughout the island